Uterine fibroids are benign tumors which grow in or around the womb (the uterus). They affect many women at some stage in their lives, especially between the ages of 35 and 45. Some fibroids are small and may cause no symptoms. Others are so large that you can clearly feel them through the flesh of the abdomen.

Although these are not cancerous tumors, they can cause a number of different symptoms including:

The exact cause of uterine fibroids is unclear, but they are thought to be linked to the female hormone estrogen. Because of this, they normally disappear by themselves following menopause.

Treatments include medication to help shrink the fibroids or surgery. Another, more natural way to manage fibroids and their symptoms is using traditional Chinese medicine (TCM).

According to TCM, there are a few different reasons why you might be suffering from uterine fibroids:

The smooth circulation of qi and blood is vital to health, and when it becomes blocked, problems can occur. Qi can get stuck for a number of different reasons. One of the most common is emotional stress. Pathogenic factors such as cold, heat, dampness and toxins can also prevent the smooth flow of qi.

Qi is responsible for helping blood to circulate, so when qi begins to stagnate, blood often follows. This blood stagnation leads to clots and masses such as uterine fibroids. 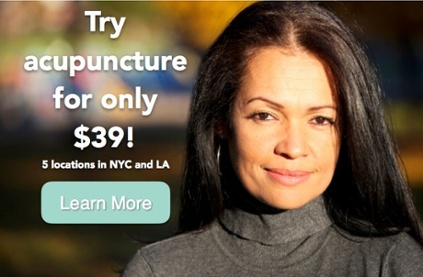 In TCM, dampness is a pathogenic factor which can arise from living in damp conditions, too many rich, fatty or raw foods in the diet, or a weak Spleen  According to TCM, the Spleen plays an important role in digestion and is easily affected by dampness.

Over time, dampness transforms into phlegm within the body. In TCM, phlegm is not just the stuff that you cough up when you have a cold, but also any kind of solid mass including uterine fibroids.

If you have fibroids due to dampness and phlegm, you might also experience:

A regular or long menstrual cycle

In TCM, the Kidneys play an important role in hormonal balance and reproduction. Therefore they need to be considered when treating any kind of gynecological issues. If the Kidneys are weak, this can play havoc with your monthly cycle and cause various problems including fibroids.

As a woman approaches menopause, her estrogen levels naturally decrease. In TCM terms, that means a reduction in her yin energy, especially Kidney yin.

Uterine fibroids can be caused by any of these patterns, or a combination of two or three. It is your TCM practitioner's job to form a diagnosis based on your symptoms, medical history and constitution.

Once a diagnosis has been made, uterine fibroids can be treated using either acupuncture, herbs or a combination of the two. The exact treatment will depend on the individual's diagnosis, but generally speaking, the main aims are to restore the smooth flow of qi and blood, expel any cold, heat or dampness, break up phlegm, and nurture any weaknesses in the organs.

This can help to relieve symptoms such as pain and heavy bleeding as well as reducing emotional stress. Some women report that their fibroids have shrunk after being treated with TCM, but it is difficult to know for sure whether this is due to the treatment or would have happened naturally anyway.

The real advantage of TCM is that it is a safe and natural treatment which can help to reduce the symptoms of uterine fibroids without resorting to drastic measures such as surgery.