Fibromyalgia is a chronic and debilitating condition with a wide range of symptoms including widespread pain. Although there is currently no cure for fibromyalgia, many people are now using acupuncture to give them some relief.

In this article, we will look at fibromyalgia pain in more detail, including what causes the condition from an eastern and western perspective and the latest research on acupuncture for fibromyalgia.

The most common symptom of fibromyalgia is chronic pain which can affect multiple areas of the body at once. There are 18 points known as ‘fibromyalgia pain points’ which often become tender in people who suffer from the condition. These points are located around the neck, shoulders, chest, and hips.

In addition to fibromyalgia pain, there are a number of other symptoms which can affect patients to varying degrees. These include the following:

People with fibromyalgia may also suffer from issues such as anxiety and depression due to the serious nature of their symptoms.

From the viewpoint of western medicine, the exact cause of fibromyalgia is still unknown. However, scientists are finally getting closer to finding an answer. It is currently thought that fibromyalgia is a result of an imbalance between the neurotransmitters serotonin, norepinephrine, and dopamine, and another chemical called substance P.

Low serotonin and high substance P levels are thought to over sensitize the central nervous system, meaning that things that would not normally be uncomfortable can cause severe fibromyalgia pain. Abnormal levels of neurotransmitters can also affect the mood, sleep, and appetite of people with this serious condition.

It is unclear why some people develop fibromyalgia, but it often appears for the first time following severe emotional stress, an injury, or an infection. There also seems to be a genetic factor, meaning that if you are closely related to someone with fibromyalgia, you may be at an increased risk of developing it too.

In TCM, there are a number of reasons why somebody might develop fibromyalgia, and the exact diagnosis will depend on their individual symptoms. However, there is one diagnosis that appears to be far more common than any other, and that is Liver-qi stagnation with Spleen-qi deficiency.

What this means is that the Liver and Spleen are unable to perform their functions effectively, leading to various symptoms throughout the body and mind. The Liver is responsible for the circulation of qi and blood around the body. This is an essential task, as qi and blood are needed for every muscle, tissue, and organ to function as they should.

Unfortunately, the Liver is badly affected by stress, an all-too-common problem in our busy, modern lives. Stress causes the muscles of the body to tense up, making it difficult for qi and blood to flow as freely they should. This can lead to pain and stiffness, two of the major symptoms of fibromyalgia, along with emotional issues such as depression.

People with fibromyalgia also often have somewhat weakened Spleens. In TCM, the Spleen is one of the major digestive organs, and it is responsible for taking energy from food and converting it into a form that can be used by the body.

When the Spleen is not functioning as it should, a variety of physical and mental symptoms can arise. These include digestive issues, low energy, weak muscles, and difficulty thinking straight. The Liver and the Spleen are directly connected via the controlling cycle of the five elements, and so Liver issues can easily impact the Spleen over time.

In western medicine, fibromyalgia treatments are fairly limited. They include medication to help manage symptoms such as pain, sleep problems, and mood disorders, combined with exercises and therapies such as CBT.

TCM fibromyalgia treatments include acupuncture, massage, and herbal medicine. These are usually combined with lifestyle and dietary advice to help patients to manage their condition more effectively.

Many people find acupuncture for fibromyalgia helpful. It is well known as a treatment for pain, and may also help to improve sleep, mood, and energy levels.

From a TCM point of view, acupuncture benefits fibromyalgia by improving the circulation of qi and blood, and strengthening the Liver and Spleen. The exact treatment will depend on each patient’s individual needs and unique set of symptoms.

From a western perspective, acupuncture for fibromyalgia works in a number of ways. These include the following:

You may be wondering whether some acupuncture points are the same as the fibromyalgia pain points mentioned above. Although some of these points are in similar locations, they are not one and the same. So, if you are worried about having acupuncture in an especially tender spot, you needn’t be. Just let your acupuncturist know which areas are uncomfortable, and they will do their best to avoid them.

Research on Acupuncture for Fibromyalgia

A recent study on acupuncture for fibromyalgia found that acupuncture shows great promise in the treatment of this chronic condition. Not only did patients who received acupuncture have increased levels of serotonin and decreased levels of substance P, but they also reported improvements in pain and other symptoms which lasted as long as three months after their treatment had finished. 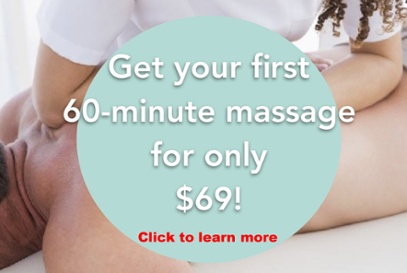 If your condition means that you are very sensitive and the idea of acupuncture is too much for you, you could always try fibromyalgia massage instead. Chinese medical massage, also known as tui na, is based on the same principles as acupuncture, but without the use of needles.

Like acupuncture, fibromyalgia massage can help to improve circulation, relax the muscles, and reduce stiffness and pain. At the same time, it is a very relaxing treatment and may help to reduce emotional stress and improve sleep too.

Acupuncture and massage can be carried out individually, or they can be combined to give you maximum relief from your fibromyalgia pain. Your provider can also show you self-massage techniques and exercises to try at home between appointments.

In addition to acupuncture and massage, your provider may offer your treatment with Chinese herbal medicine. This is likely to include herbs to benefit the circulation, while strengthening the Liver and Spleen, although your exact prescription will depend on your symptoms.

You will also be given personalized lifestyle and dietary advice, which you should follow as closely as possible. Lifestyle advice for fibromyalgia is likely to include:

Fibromyalgia is a difficult condition to live with but, fortunately, there are plenty of ways to improve your health and well-being without the need for medication. Ask your provider for more tips on treating fibromyalgia with Chinese medicine and how acupuncture may help you.

Foods to Avoid with Fibromyalgia