Acupuncture: An all natural remedy for PMS

By Natalie S. - May 23, 2018 2:36:00 PM
Pre-menstrual syndrome (PMS) is a common gynecological disorder which affects most women at some point in their lives. During the days leading up to a woman's period, rapidly changing hormone levels can trigger a number of different symptoms. These include:

Every woman experiences PMS differently and not everyone will have all of these symptoms. For most women PMS is a mild inconvenience, but for some it can be severe enough to interfere with everyday life.

In traditional Chinese medicine (TCM), the menstrual cycle is governed by two channels, the Ren Mai, or Conception Vessel, and the Chong Mai, or Thoroughfare Vessel.

Both of these channels originate in the uterus and emerge on the perineum. The Conception Vessel runs up the front of the body, passing through the belly button, up the chest and finishing under the bottom lip. It connects with all of the yin channels of the body and is also known as “the sea of yin”.

The Thoroughfare Vessel follows a similar pathway to the Conception Vessel, but it is located deeper within the body and cannot be accessed directly from the surface. It is responsible for storing and regulating the qi and blood of all the other channels. For this reason it is also called “the sea of blood”.

In TCM, the Kidneys are responsible for storing what is known as essence. Essence plays an important role in growth, development and reproduction at different stages of our lives. In a normal menstrual cycle, Kidney essence causes the Conception and Thoroughfare vessels to fill with qi and blood. When they become full, they overflow into the uterus, triggering menstruation.

The Liver also plays an important role in a healthy menstrual cycle. The Liver is said to be responsible for the flow of qi within the entire body. Having a healthy Liver allows the process of menstruation to happen smoothly and free from obstruction. 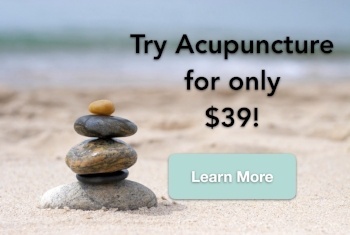 According to TCM theory, PMS happens when the normal flow of qi and blood is interrupted. The most common reason for this is a syndrome called Liver Qi Stagnation. The Liver is easily affected by stress, reducing its ability to circulate qi freely. This prevents the Conception and Thoroughfare vessels from filling as they should. Uneven levels of qi and blood within the body begin to affect the organs and problems start to occur. The most common symptoms of Liver Qi Stagnation are mood swings, headaches and breast tenderness.

Another organ system which is often involved in PMS is the Kidneys. As we know, the Kidneys store essence which is essential for healthy menstruation. When we work too hard and rest too little, Kidney essence becomes depleted. As well as preventing the normal filling of the Conception and Thoroughfare vessels, this can cause an imbalance in yin and yang and more symptoms including backache, edema and headaches.

The final organ which often plays a role in PMS is the Spleen. The Spleen is one of the main digestive organs in TCM. Eating too many greasy, cold or raw foods puts a strain on the Spleen. It is unable to metabolize food properly and something known as pathogenic dampness builds up within the body. This causes symptoms such as bloating, swelling and digestive issues.

So from a TCM point of view, we can see that three of the biggest culprits of PMS are stress, overwork and poor diet. With all of these factors being so common in our hectic, modern lives, it's no wonder that so many women suffer from PMS on a monthly basis.

How Can Acupuncture Help with PMS?

Acupuncture is a branch of TCM which is often used to treat the symptoms of PMS. It works to soothe the Liver, restoring the smooth flow of qi. It also boosts Kidney and Spleen function, allowing them to perform at their optimal levels and reducing symptoms.

Acupuncture can help to relieve stress and promote emotional balance, relieve pain and headaches, and improve digestion. You exact treatment will depend on the nature and severity of your symptoms.

As well as acupuncture, you may be offered herbal medicine to take between treatments. You will also get personalized dietary and lifestyle advice. These treatments work together to restore harmony to your body, keep your menstrual cycle healthy and relieve the symptoms of PMS.